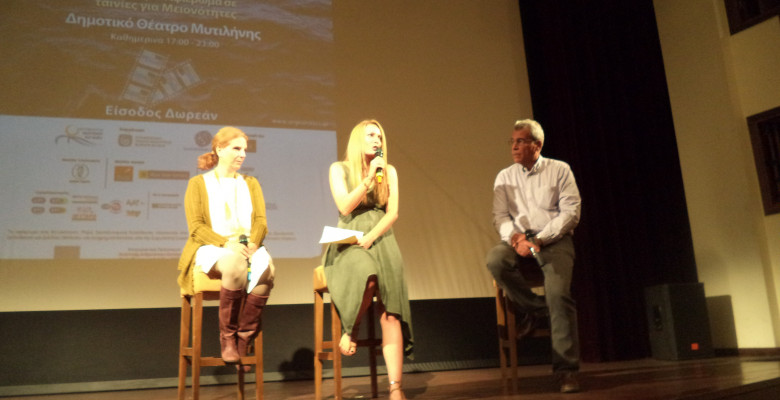 The prizes of the 4th AegeanDocs awarded at the closing ceremony on 29th September.

In this category “best documentary”, the following documentaries were nominated:
– The Longest Run by Marianna Economou from Greece and
– Next – Stop- Utopia by Apostolos Karakasis from Greece.
Both films awarded by the Jury’s Special Mention

In the category, Jury’s special Mention awarded to
α. Half Yard by Panagiotis Vekris and
β. Just Solidarity by Efi Sialevri

Exclusive sponsor of these awards is Plomari Ouzo Distillery Isidoros Arvanitis S.A.
Mrs Eleftheria Kalfopoulou, on behalf of the company, awarded the prizes.