An important film was programmed last night in the cinema in Myrina:

Annotation: Marko Feingold, born in 1913, grew up in a Jewish working-class neighborhood of Vienna. Fateful twists and turns helped him survive the concentration camps of Auschwitz, Neuengamme, Dachau and Buchenwald. After the War he (illegally) aided tens of thousands of survivors out of Europe to what would become Israel. At the age of 105, A Jewish Life is his story, in his own words shortly before his death.

After the film there was a short skype Q&A with Christian Kermer. I asked him how it was possible to have a 105 year old man talk so well and precise. The answer was that the film crew spent 14 shooting days with him with some breaks, when he was not feeling good. The story of a man, told by himself, a man who remembers as we should remember, a man who talks about Austria and Anschluss that was welcomed by most Austrians… A dark spot in Austrian post-war history.

Lucky us, my wife and I, to be invited to Aegean Docs on the island of Limnos. The 10th edition of a special documentary film festival that takes place in 9 (nine!) islands in the North Aegean Sea: Lemnos, limnos, Ikaria, Agios Efstratios, Samos, Fournoi, Oinousses, Psara, Chios.

The organiser is Storydoc that you can read about in many posts on this site – it arranged training sessions with international names taking part as tutors, Stan Neumann, Niels Pagh Andersen, Emma Davie, Mikael Opstrup, Iikka Vehkalahti, Erez Laufer, Madeleine Avramoussis.

Storydoc is run by Kostas Spiropoulos and Chara Lampidou.

The opening night includes two films that I have reviewed – here are some clips from the texts:

… To be honest I had never heard of Maija Isola before so I thought, why the film had been chosen (for DocsBarcelona, ed.). Watching yesterday, the answer was given. What a life (1927-2001) she had as an artist, a traveller, many men, constantly in the process of creating, with the connection to Marimekko as the backbone. She tells the story herself via her diaries and via her daughter, who lives in a house full of the mother’s creations, it’s a chronologically told adventurous film with lovely archive footage from the places, she went to, Paris being number one, but also Algeria, New York and sometimes back to – mostly – snowy Finland. It is simply a pleasure to be with clever, reflective Maija Isola in her search for what is the meaning of it all. And despite the many love stories her happy moments being alone. It’s a film with many layers and a huge respect for the audience. "Master of Colour and Form" is the subtitles to the film, indeed, we see that!

… Eva (Stefani) is there with the camera, asks questions to Dimitra, laughs with the charismatic woman, go with her to conferences about prostitution and prostitutes, to political meetings, sees her with her dozen of cats, hears her family story – in a film that falls in two parts, first one in Dimitra’s brothel, second one in her flat in the middle of the city. The film is a true evidence of how important it is to be close to and like the one you are filming and have curiosity to human life as it unfolds outside normal circles. Eva Stefani wants to learn about life when she films and in this case she gives the audience the wonderful opportunity to meet Dimitra, a strong and yet vulnerable woman taking us around in the streets of Athens. Could you move a bit Dimitra so Acropolis can be seen in the picture… Dimitra, can you turn on some light… they collaborate Dimitra and Eva Stefani, the unique Greek filmmaker.

It’s your night, Kostas Spiropoulos, the director of Aegean Docs, said to me. He knows that the two films shown last night are very much appreciated by me, and written about on www.filmkommentaren.dk

They are “Looking for Horses”, quote:

"Stefan Pavlović did it all on his own. In one scene he helps Zdravko get his hearing aid correctly set in another with the camera on a tripod he films himself and Zdravko at the table, close together; Stefan puts his head on the shoulder of Zdravko in a scene of joy and sadness, a beautiful and warm moment among many in a film full of poetry, a chamber play set on a lake, a film that caress its viewer – like the horses are caressed. Documentary at its best!

Pavlovic took part in the Q&A via skype.

And ”How to Save a Dead Friend”, directed by Marusya Syroechkovskaya. The producer Ksenia Gapchenko was there for a long and good Q&A. Quote:

The title could also have been “Marusya and Kimi” putting the focus on what it is, a love story, with a start, a middle and an end – told in a film language that is touching, that is sweet and funny – and sad as it evolves, with the self-destruction of Kimi, who dives more and more into using hard drugs and “looks at the camera and not at me” as Marusya says. A tragic love story, yes, but full of warm scenes with the two, scenes you can only characterize as poetic. 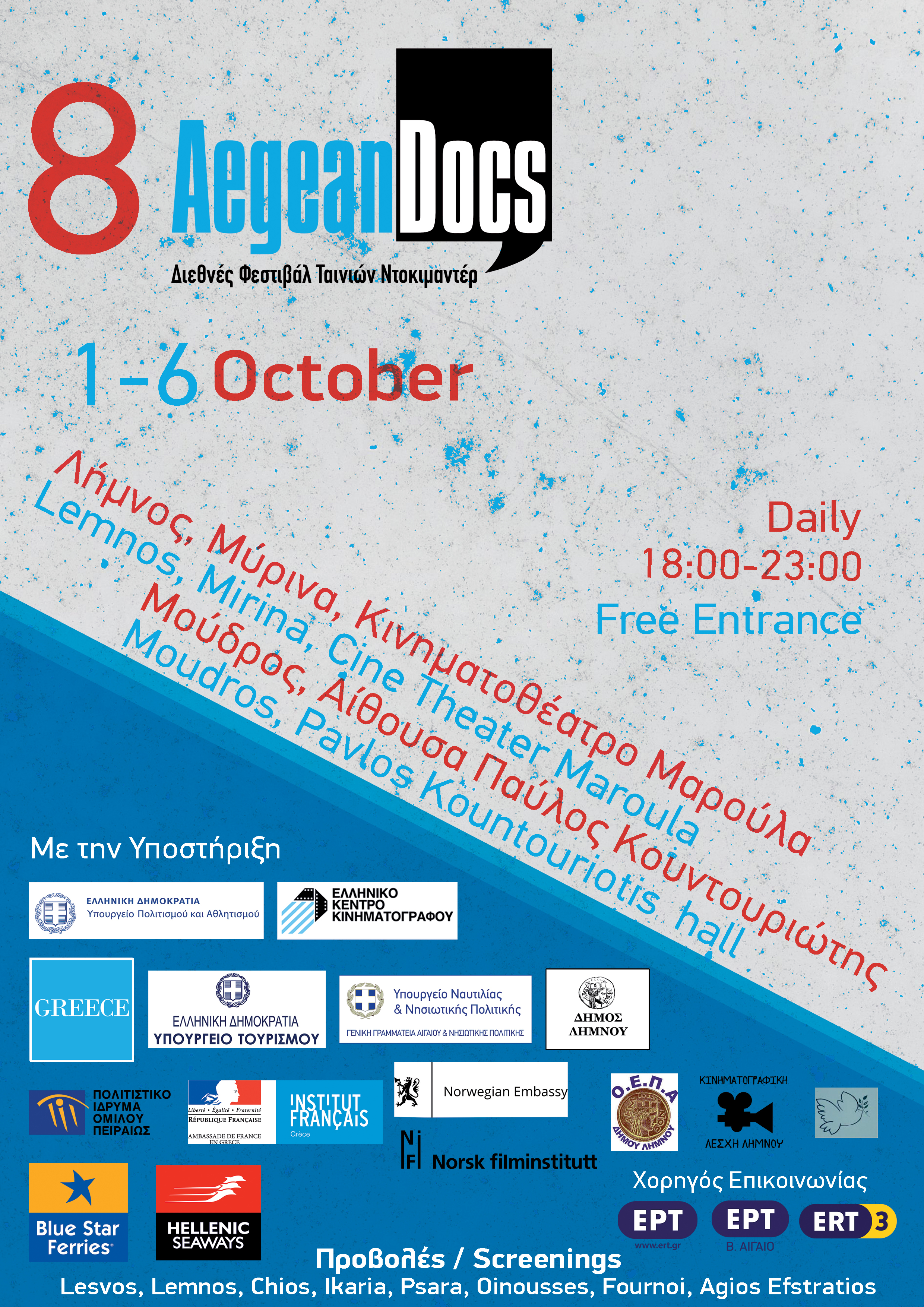 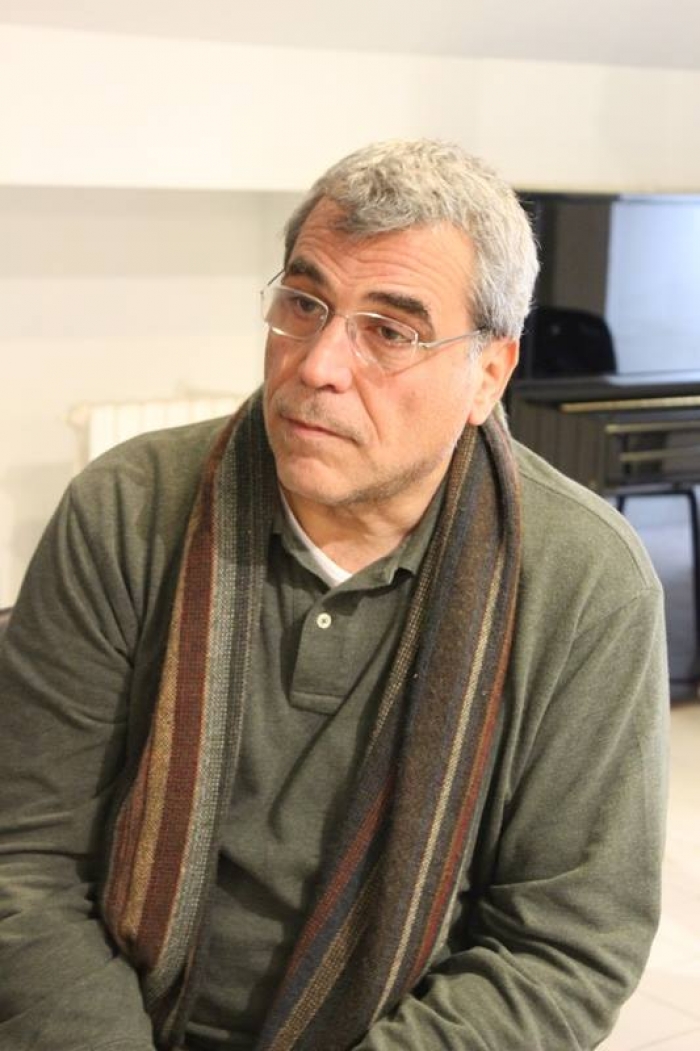